My Trip Across the USA and Back!

I'm back from my trip.  I will say that after 10 days, I'm happy to be home.  I'm basically a home girl.  It's been a little hard to get back into everything, but it's coming along.  I'm writing this on Sunday morning.  Hurricane Florence is supposed to be at her worst today in my area.  So far, it hasn't been too bad.  Keep your fingers crossed that all is well.  Also please keep the rest of North Carolina in your prayers.  The state has been hit hard.

Warning!  This is long!

Our trip was a tour from Christian Tours located near us.  It was called the California Zephyr Train Adventure.  Sandra was our tour guide.  She was wonderful!  Thanks, Sandra.  John and I were lucky enough to travel with long time friends Debbie and Rob.  We had a fantastic time!  We began our adventure by flying from Charlotte to Chicago.  The thing about a tour is that everything is rush, rush, rush.  We had a bus tour of the city and dinner. 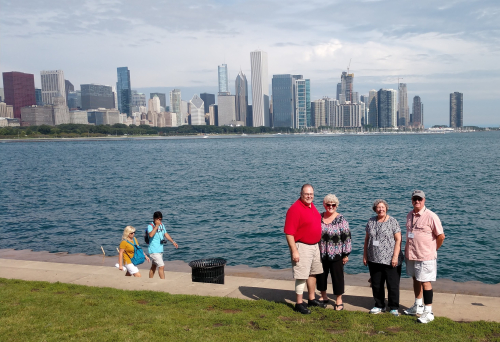 Here's a picture of us with Chicago in the background. 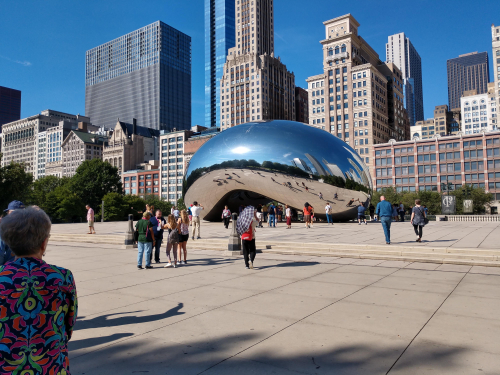 Here's a picture of us in Millennial Park at the Bean.  It's real name is Cloud Gate.

The next day we borded the California Zephyr headed toward Reno, Nevada.  We were on the train for 2202 miles.  That's 2 1/2 days.  The train was 5 hours late.  It seems that the rails are for passenger trains and freight trains.  Of course, freight trains get priority. The train was an experience.  We had a bedroom on the train.  It was about the size of our bathroom at home.  We had a chair and a couch.  At night the couch folded down for a bed.  A top bunk was lowered, too.  I slept in the top bunk.  Let's remember that this was an adventure.  It might not be repeated.  We had a commode/shower in our room.  Yes, an adventure.  I must say that the meals on the train were wonderful!  I did love looking out the window as America went by.  We have a beautiful country. 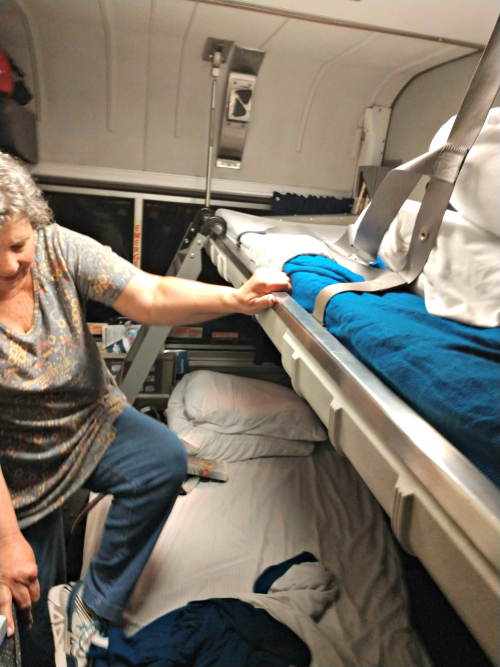 This was our room on the train.  When everything is lowered for night, it's really hard to get out!  Our tiny sink juts out almost to the bed. 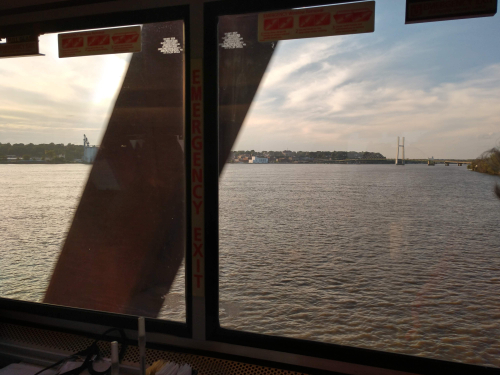 It was fun to see the lay of the land and how it changed as we travelled.  I found myself thinking of the This Land is Your Land song.  I know that sounds a little hokey, but it is what it is.  Our country is majestic.  It was also fun to note the time changes as we travelled. 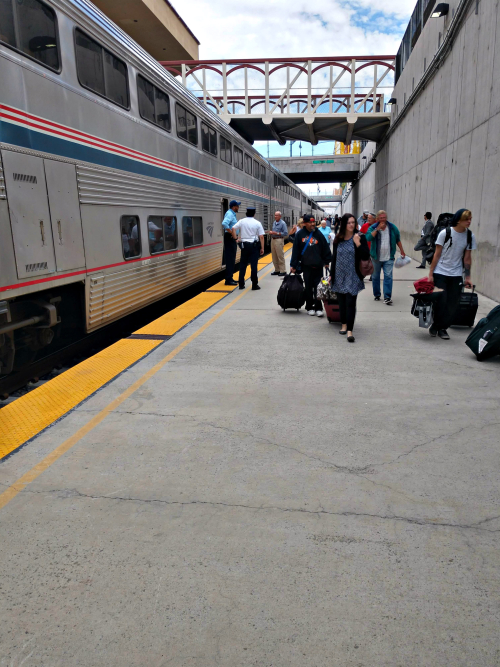 Off the train and onto a tour bus.  We headed toward Virginia City.  Due to the late train, we didn't have much time, but we did manage to visit the Red Dog Saloon.  The likes of Janis Joplin performed here on this very stage! 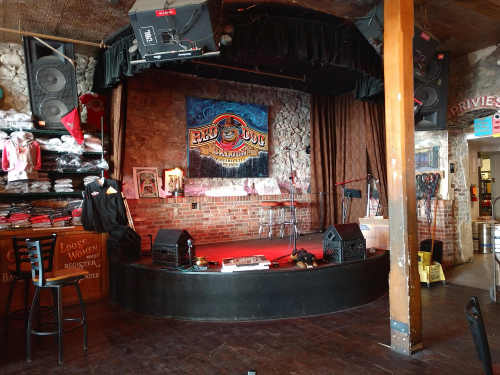 We had a paddle boat tour of Lake Tahoe.  They say the water here is 99% pure.  It was so pretty. 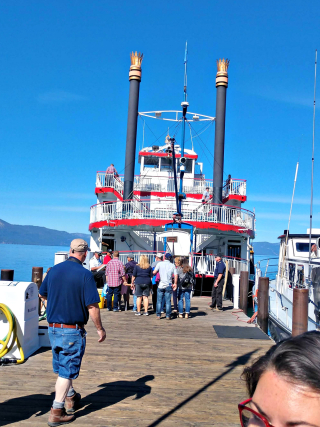 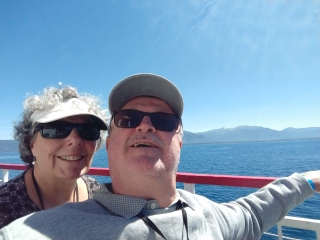 We then made our way to San Francisco, stopping in Sacramento on the way.  Am I allowed to say that we went to the restroom in the State Capital building?

Of course one of the iconic sights in San Francisco is the Golden Gate Bridge. 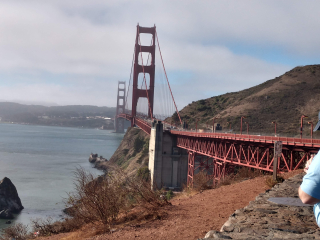 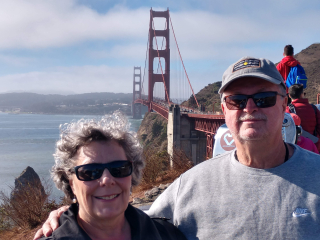 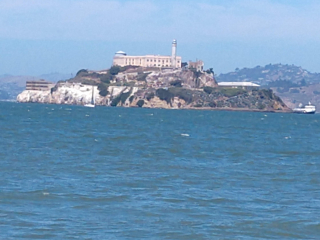 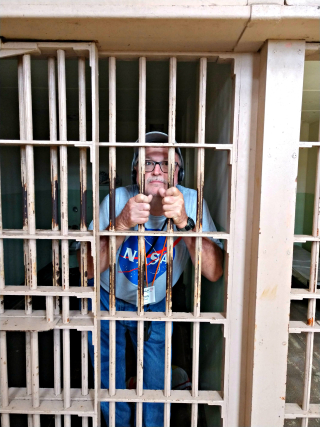 We had a bus tour of the city and went up to Twin Peaks.  What a view! 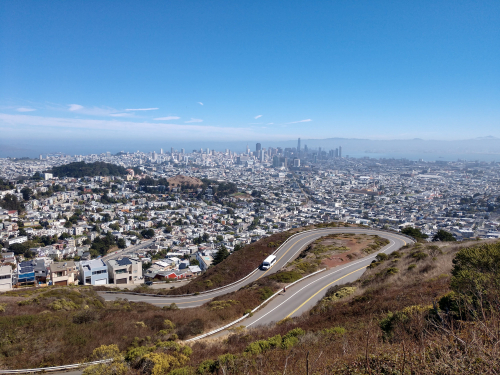 We stayed at the Zephyr Hotel near the piers.  We had to spend some time at Pier 39!  Here are the seals at the end of the pier. 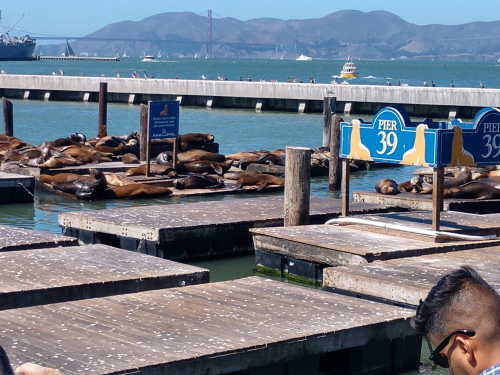 We headed south on to the Roaring Camp & Big Trees Narrow Gauge Railroad in Felton.  That was fun! 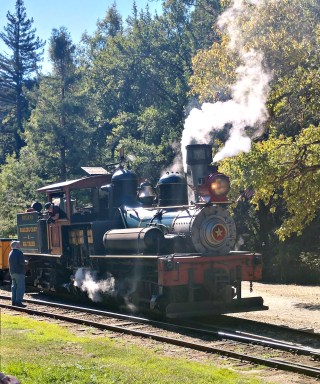 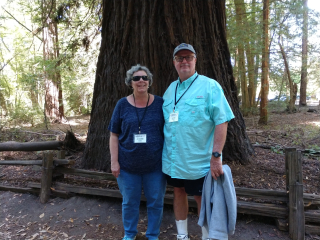 These were not the giant red woods, but they were big!  It was a majestic forest! 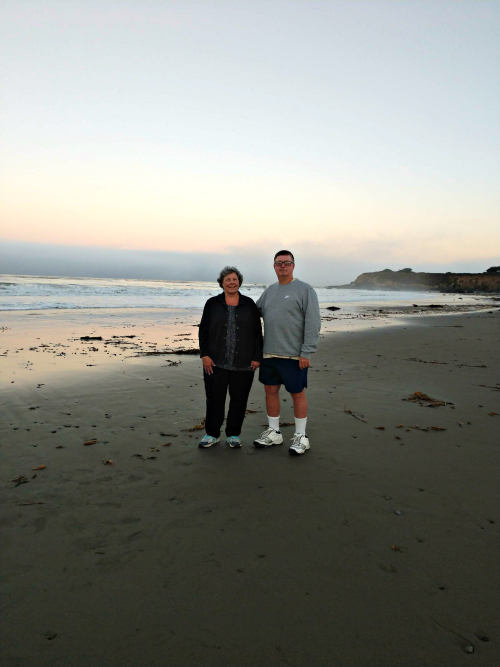 Here we are at the Pacific Ocean!  It was a first for me.  We had fun calling our son who was at Atlantic beach across the country, ocean to ocean!

Our trip continued south toward the Hearst Castle in San Simeon.  Wow!  It's hard to believe that someone could build such a home and own all of the land within sight.  This is one beautiful castle.  It's now a part of the state park system. 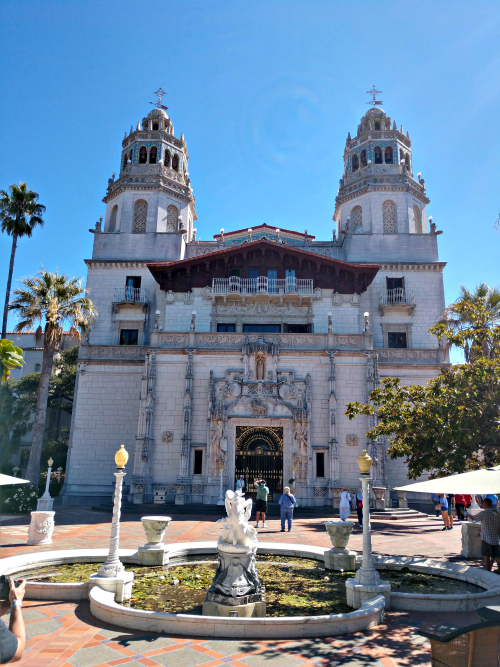 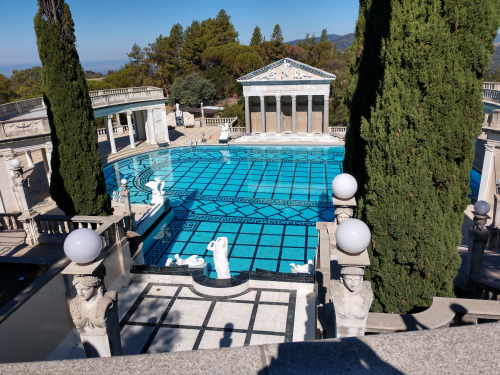 We spent the night in Solvang, a Danish town.

Today we visited the Ronald Reagan Presidential Library & Museum in Simi Valley.  What a great place!  Our only problem was not enough time!  It's a wonderful library and setting is WOW!

Our bus headed on to Los Angeles.  We had a city tour.  We saw a lot.  Here are a couple highlights. 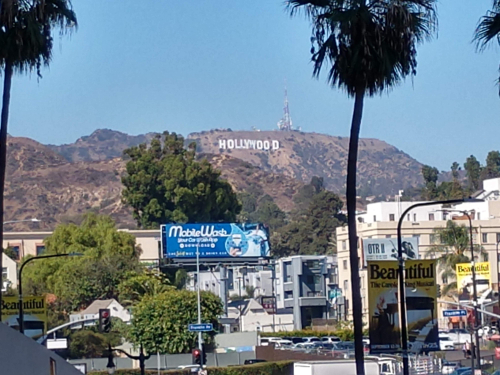 The Hollywood sign and the sidewalk with the stars. 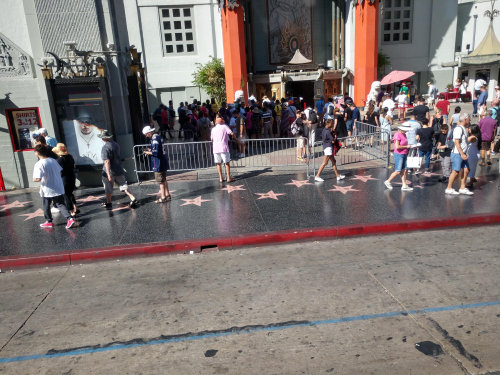 We are dinner at Dulan's on Crenshaw Restaurant.  They had soul cooking and had been on television.

Sadly, we didn't have a lot of time in Los Angeles.  We headed to the airport early the next morning and flew home to Charlotte.

I tried to figure out how far we went.  The best I can figure is over 5800 miles!  That doesn't really count the city tours.

Thanks for sticking with me today.  I hope you found something of interest.  I'll be back Wednesday with a card!

Loved your photos and your thoughts! What a great trip!! Now you'll have to come back to SF to see us :)

Thanks, Patty. I would love to come back to the San Francisco area!!!!

Thanks for sharing your trip! Know you had fun.

That’s a dream vacation! I would love to tour our magnificent country! We took a train trip from Martinez (Bay Area) to Glacier and also had a sleeper car so I know what you mean about it being small! We couldn’t believe the size, but it worked and surprisingly comfortable. When you come back to visit Patty, let me know and you can stay at our place in Mendocino CA and see the spectacular rugged Northern California coastline! Thanks for sharing your trip Jo Anne!

Rita, you are too kind. The one thing I regret is that our long tour bus was not allowed on highway 1. I'll just keep your invitation in mind! Thanks so much!

Thanks for the tour. Looks like you stayed busy and saw a lot. Loved all the pictures. 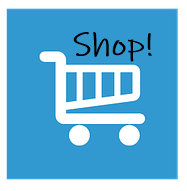 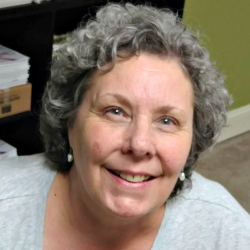 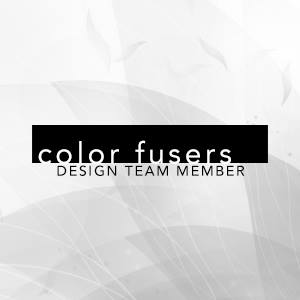